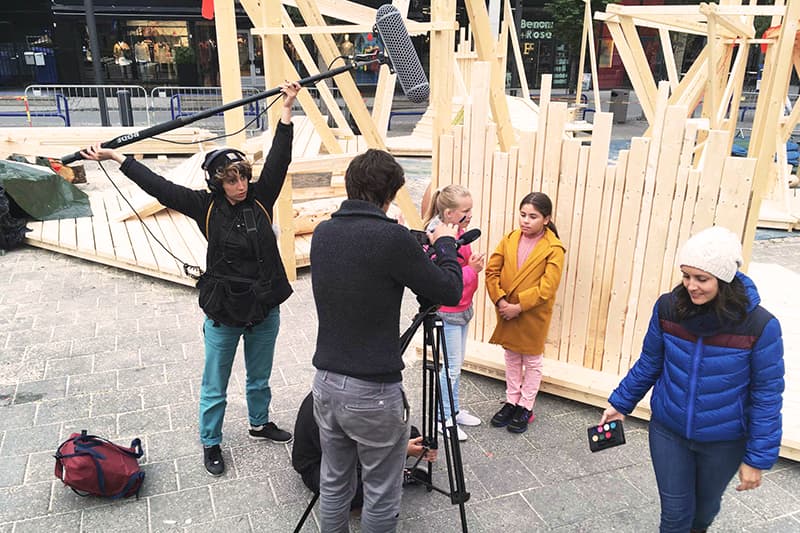 Make and produce films are one of the tools Collectif Etc likes to promote when the project’s context is adequate. The act of architecture is not only about building forms, but above all about making them alive, and film production could a part of that process. Create movies is a tremendous tool in order to aggregate audiences and to work with various public together, in joyful and reachable forms.

Scriptwriting, costume making, location and shooting, playing as an actress or an actor, holding the camera or the sound boom : so many moments to share during a construction workshop. Film-making is a concrete tool that allows everyone to let go and enter into a process of dialogue. These short films kind of « home-maded » on site are gold mines for capturing attention :  inhabitants give themselves up, transmit their experiences and their aspirations, which says a lot about the history of places, contexts and territories.

Take a seat on, lie back and relax, eat popcorns and go with the flow ! 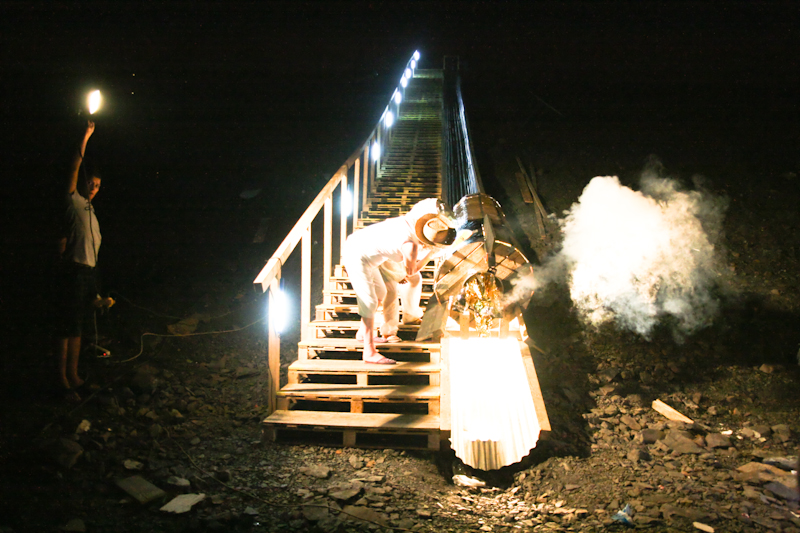